Stephen Dynako
Stephen Dynako is a "potentialist" and seasoned producer of transformational educational programs. In 2019, he partnered with author and futurist Barbara Marx Hubbard to co-create Barbara’s legacy program... 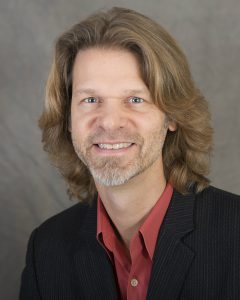 Helping People Bridge the Gap between "Mere Work" and "Work with Meaning."

Barbara delivered the last presentation of her life during the Academy, having made her transition on April 10, 2019. Stephen and the first cohort of Ambassadors continue to carry the torch of Barbara’s legacy, towards making the concept of conscious evolution mainstream.

Stephen is also producer of the Conscious Business Innerprise (CBI), a training and certification program for professionals seeking to further their work and impact as conscious business change agents. Both the Evolutionary Ambassador Academy and CBI were offered by Humanity’s Team, an NGO dedicated to awakening the world to Oneness within a generation.

Stephen passionately and courageously brings to the business world his gifts of communication, leadership and presence. Throughout his career, he has used these gifts in various roles that he held in the financial, technology and media industries. In service, Stephen has applied his gifts in the realms of counseling and the ministry.

Stephen coaches accomplished professionals to bridge the gap between mere work and work with meaning, using the Hero’s Journey as a framework for transformation. He is also the author of the book “The Self Aware Lover.”